Here's my finished biker mob. Summary: 4 bikes and 6 orks, ready to break dance their asses off to save the Mektown rec center. If we decide to use the "Ork Klan Rules" in the proposal thread they'll be Evil Sunz, otherwise we're Morkers (dirty, weedy Morkers).  Pics to follow this weekend since I lack a proppa camera.
Update: Quite a bit has transpired since the campaign has started for the Boogaloo, most notably one of my spanners died at the conclusion of the first game (forcing me to use all of the proceeds from said game to buy a new one, Tuurrbo 2.0) and said spanner's bike has been permanently damaged (which was promptly bodged when I tried to fix it in mektown). However, after losing twice and working over a grot mob, we've finally managed to get a decent pool of experience and enough money for extra ammo (a must have for me) and krak stiks. All the details are in the updated roster sheet at the bottom of this post. 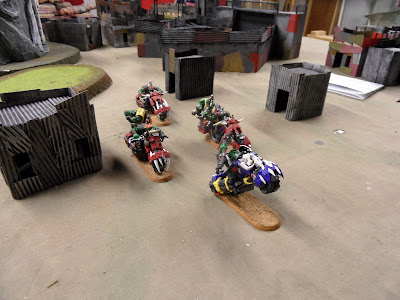 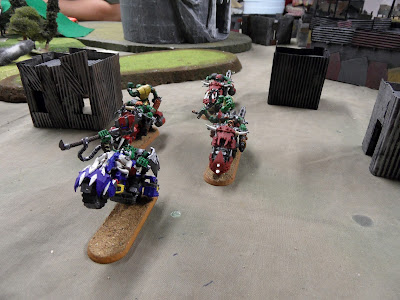 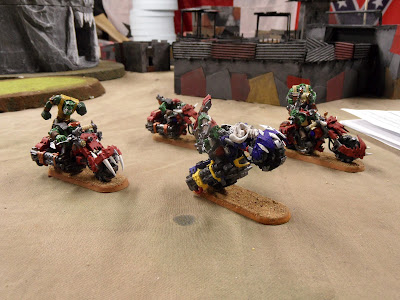 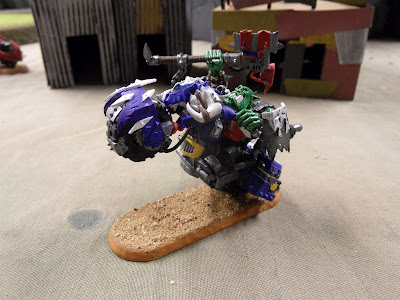 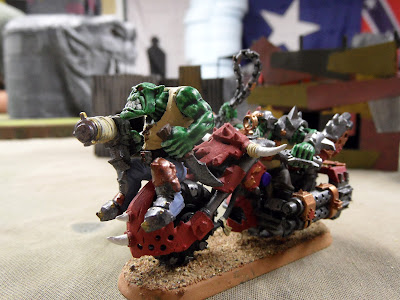 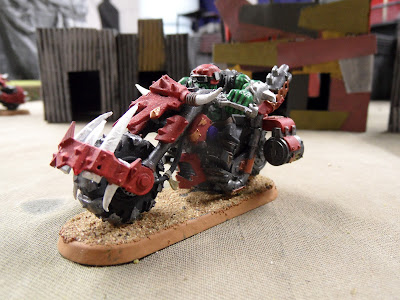 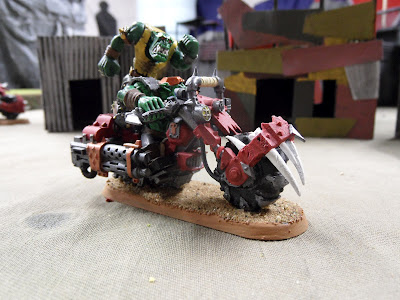 Nothing currently scheduled; Anton makes poopy-face at Mike and Gary

You can check out my other Wargaming related ramblings on my other gaming blog , it tends to concentrate on more historical stuff.